“The price is important at Action, but quality is paramount”

Thirty years of Action have resulted in fantastic stories in so many areas: in our stores, from our customers and, of course, from our suppliers, some of whom have been working with us since the very beginning – such as Nino Schulpen, director and Frank Smith, sales at Schulpen Schuim.

Made by Schulpen Schuim, the yellow cloths were sold at the very first Action store. “I thought to myself then, I wonder how this will turn out”, says director Nino Schulpen. Looking back now, I think we can say they did well. Rather well, in fact.

Nino, can you briefly tell us what you supply to Action?
“Our company specializes in sponges and cloths we manufacture under our own labels, such as Multy. Only one product has its own name: Action.”

That sounds interesting, do explain.
Frank: “Well, our pack of ten yellow cloths with the Action logo on it is the very first private label we supplied to Rob Wagemaker back in 1993. It’s still on the shelves, exactly as it was back then. It’s a very successful product. I’m really proud of that.”

Can we get back to your collaboration with Action for a moment? How did that come about?

Frank: “When Rob Wagemaker set up his own business, he approached certain suppliers and invited them to his kitchen table, literally, in Hoogwoud. He said: ‘Do you want to see my store?’ And I thought, okay, it’s one store, but it was this huge, impressive building. A sign had just been put up that said Action on it. Then I thought, I wonder how this will turn out.”

It didn’t go quite like you thought, did it?
Frank: “Well, it did and it didn’t at the same time. Because he had a really good feel for business. He had a really good idea of the prices at which he could buy and sell products – without compromising on quality. The price is important at Action, but quality is paramount. We still see that no-nonsense and practical approach at Action.”

Yes, is that typical of Action? Or to put in other words, what do think makes Action special?

Nino: “People in North Holland are very much down to earth, and I think that quality really shines through at Action. Even though Action is now huge, everyone still has their feet firmly on the ground. 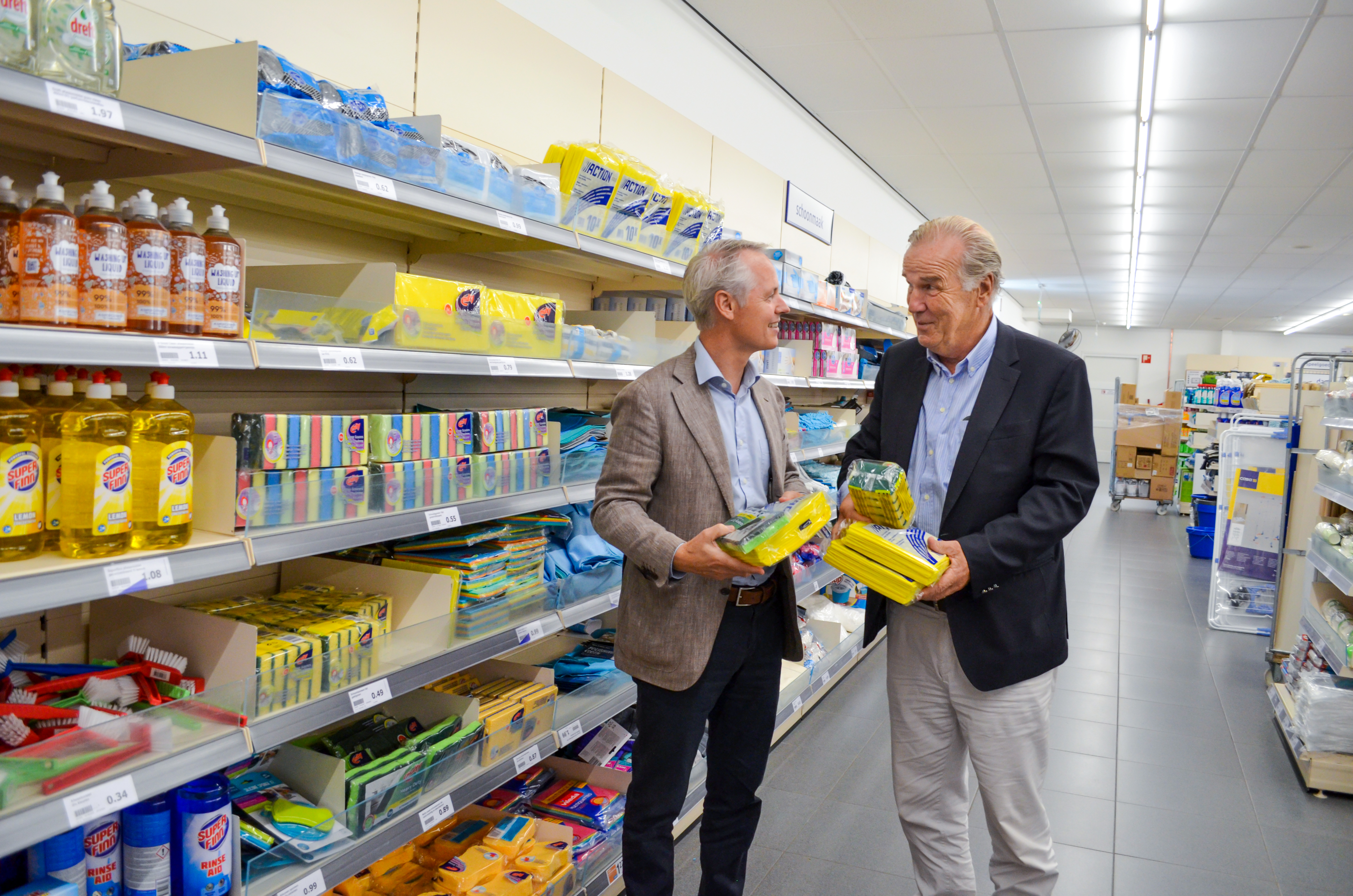 And you can see that throughout the organisation. There are no strategic games being played. You come up with solutions together. I’ve no idea how they do it, but it’s rather striking.”

Schulpen Schuim delivers to several Action sites throughout Europe. Does the range of cleaning products vary from country to country?
Nino: “In the Netherlands, the higher-quality scouring sponges sell better than the cheaper ones, but the opposite is true in Poland. That said, it depends what you offer, too. In France, for example, the higher-quality scouring sponges are becoming more popular as they’re now in the stores as well.”

And what role does sustainability play here? That’s high on the Action agenda.
Nino: “That’s a really good fit for us. Sustainability has been a focal point for several years now. We pay attention to our carbon footprint, energy consumption and raw materials as well as focusing on high quality and long life cycles. We try to improve each product and that’s great, because there’s certainly the market for it.”

What’s your favourite product?
Nino: “I’m a huge fan of the 60-litre biodegradable bags. When my daughter comes with me, the shopping trolley fills up with pens and notebooks. Oh, and my brother really loves the Action gardening range. That’s the big difference compared to other stores: you never leave empty-handed.”
Frank: “Me too. I buy all my garden and office supplies at Action. This is an unprecedented difference compared to other stores, Action is surprising and affordable.”